At National Cristina Foundation, we believe in a holistic approach to solving the digital divide, with an understanding that a person’s life circumstances should not be a barrier to achieving their fullest potential. A pioneer in the concept of technology re-use since 1984, it started with a simple dream: Used computer equipment, previously destined for disposal, would be made available for use by children and adults to develop skills that would enable them to lead independent, productive and meaningful lives.

The "Digital Divide," the gap between those who have an internet-connected computer and the requisite skills to use it and those who do not, is deeply entrenched in America. Even today, in 2020, wide swaths of our population are left behind. It affects every community, in every state, in America.

According to the U.S. Census, 22% of American households lack a computer, a total of 28 million households. The Pew Research Center reports that nearly half of adults who earn less than $30,000 do not have broadband service at home. Moreover, roughly 1 in 4 Hispanic and Black adults depend on smartphones alone for internet access, and associated data caps limit their ability to do much online. This lack of connectivity, or digital divide, places a huge percentage of the U.S. population in jeopardy, separating them from opportunities for education, employment, healthcare, banking, community, and family connection.

Digitunity—an initiative of the National Cristina Foundation, is working to ensure everyone has the technology they need to thrive in our digitally connected society. 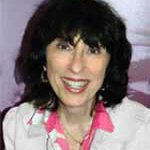 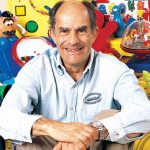 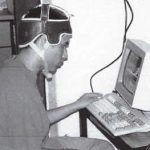 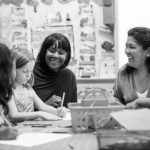 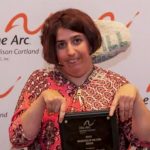 Souhad Marji, a student of Dr. Marrin’s with Cerebral Palsy, asks a pivotal question: “What is to become of me that I am handicapped?” This triggered a search by Dr. Marrin for computing innovation that was evolving and, over time, link all people of all skills and abilities to a world of new possibilities.

One computer started it all 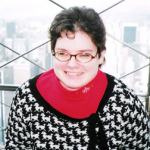 Dr. Marrin sends a note out to parents of the students for help in raising money to secure an Apple2e for the classroom. Student Cristina McMahan suggests her father might be able to purchase a computer for the classroom.

Dr. Marrin leaves Yonkers Public Schools to work on the creation of a charity alongside Cristina’s father D.B. McMahan that focuses on a solution for repurposing previously used computers to be used for training and education programs. Putting abilities to work using practical community based solutions formed the core mission of the National Cristina Foundation.
1985
Johns Hopkins, George Mason and Peabody Vanderbilt Universities

A pilot project was established with Johns Hopkins, George Mason and Peabody Vanderbilt Universities on a number of intervention programs for people with disabilities.
1986
Louis Harris Poll 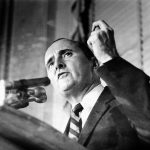 A 1986 Louis Harris poll showed that more than two-thirds of people with disabilities wanting to work were unemployed.
1986
Introduction of Virtual Inventory 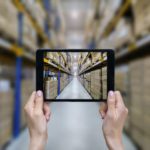 The creation of the concept of “virtual inventory” was developed to provide an efficient transfer system for used technology. A cost and time effective alternative to the traditional central distribution warehouse, direct access to used equipment donations at its place of origin was then transferred directly to a local nonprofit organization.
1986
Apple donates 100 computers

to be the first computers used in special education in China. Dr. Marrin authored a cooperation plan with the China Disabled Persons Federation to build three technology labs for the disabled in Beijing.
1987
Private and Public Sector partnership

The launch of a state plan with the Maryland State Department of Education, Division of Special Education to learn how to coordinate our work with the private corporate sector and significantly with federal and state agencies. 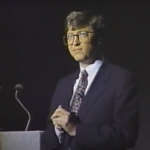 Bill Gates attends the national APCUG meeting at the Comdex trade show. Dr. Marrin spoke with Bill and challenged him to consider low cost ways for a company like Microsoft to get operating system licenses to use in refurbished equipment. 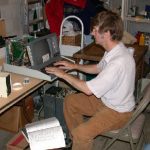 Working with The Phoenix Project, a user group that refurbished computing technology, refurbishing activities were conducted inside donated building space from the State of Maryland.

The Costa Rica Ministry of Education and Dole Foods worked with us in a project to introduce tech for special education programs throughout the nation of Costa Rica. Similar projects were launched in Argentina, Nicaragua and Guatemala.
1988
US News & World Report 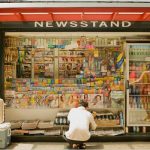 July 25, 1988 – "We hold out technology to people as a little shimmering dream, and then we don’t deliver"

Dr. Marrin approaches the Ad Council and Laddin and Co. for assistance in a National campaign and slogan for our work; Two slogans emerged. "Your Old Computer Has the Power to Give New Life"; "Machines You Can Write Off. People You Can’t!" 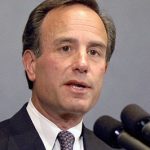 Dr. Marrin requests that Ivan Seidenberg, CEO of MCI and Verizon, host the Tribute to Abilities 10th anniversary dinner. MCI/Verizon crafts a video spotlight on our work and raised $440,000 for the cause.
1998
Creation of the first Learning Network

Federal Grant from the Dept of Commerce Telecommunications Division to create our first Learning Network. This detailed plan engaged organizations in 21 states for two years and validated the systems model used in the Cristina Reuse Model.
1998-1999 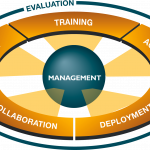 The Cristina Reuse Model:
Management, Acquisition, Deployment, Training, Sharing, Collaboration and Evaluation. This innovative program applied structured thinking within a conceptual framework to maximize the effectiveness of how donated technology could most logically be reused. 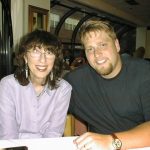 As an online company, Dell visited our Greenwich headquarters and as a result, joined forces to use our donor/recipient matching platform to provide their customers with the opportunity to donate used equipment online.
2006
Additional Corporate donation programs launched 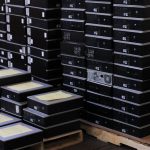 Honeywell, Unilever, Ingram Micro, Northern State Power and Xerox, among others, provide their customers with the opportunity to donate used equipment online. Computer donations were a steady stream moving through the matching platform.

HP (Hewlett Packard) works with NCF to launch a donation program in coordination with their partner Market Velocity, and thus began our recycling, trade-in and donation solutions offered to Fortune 1000 IT and consumer electronics. This valuable relationship is still active for donations today.
2008
PC Magazine sponsors Computerlicious Design Experience 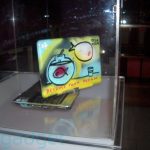 In honor of PC Magazine’s 25th anniversary, HP commissioned ten well-known designers to spruce up one of four different laptop models which were then auctioned for charity. PC Magazine helped raise over $20,000 for NCF through this project.
2011
Nonprofit Locator launch 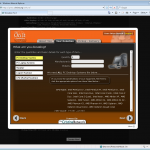 The accompanying Remote Donation Channel project allows members of the Cristina Network to embed the matching platform into their own organization’s website and thus promote their technology needs within their local communities.

2012
Foundation receives $190K award from the SRAM settlement
A suit was issued against many manufacturers of SRAM (Static Random Access Memory) purchased between Nov 1996 and Dec 2006 (10 year span). By court order 60% was to be distributed via a court-approved cy pres plan to non-profits for the benefit of End Users. As a result of NCF’s application and proposal to use such funds to benefit our end users, our partners, the Foundation was awarded $190,000.

In partnership with Kattare Internet Services, NCF launches a new program to build free websites for qualifying nonprofits enrolled in the Cristina Network.
2015 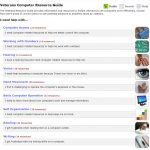 Grant awarded from CompTIA and their Foundation, Creating IT Futures. Approved through a supporting vote of the entire CompTIA member body, an award of $5,000 grant in recognition for our work.
2016
AFTRR Alliance Formed 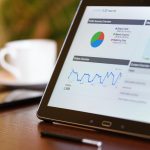 NCF develops new metrics collection system in coordination with AFTRR. New system is used to collect annual refurbishing metrics from all nonprofit partners as well as member capabilities. This is a major milestone in the development of the new metrics system and NCF’s support of AFTRR as a backbone organization.
2020
Website Refresh 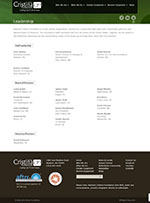 January 7th, launch of revised Cristina.org showcasing the work of the foundation and new leadership.

NCF is a proud sponsor of AFTRR.org

Home
Who We Are
What We Do
Donate Equipment
Receive Equipment

Please note: National Cristina Foundation does NOT, under any circumstances, provide computers directly to individuals.